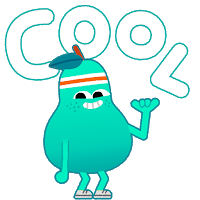 If your business uses YouTube then you may already be familiar with YouTube livestreams but if not, livestreams are live videos hosted by a YouTube creator, each of which includes a live chat.

What Are Live Chats?

A live chat is a chat room, accompanying a live video, that is updated in real time, which allows viewers to send messages that the creator can read and respond to in the moment.

This feature is used across several social platforms including Facebook, Instagram and TikTok, as well as streaming platforms like Twitch, as it is a great way for a creator to connect with their audience.

Live chats, however, are often ‘spammed’ or ‘flooded’ with messages with little relevance, sometimes only containing emojis, which can be frustrating for other viewers who want to communicate a worthwhile message to the creator. A solution to this was introduced in the form of Super Chats, messages that are given higher priority over non-Super Chat messages.

The Introduction of Super Chats

A viewer can send a Super Chat message by donating money to the creator, in return for their message to be highlighted in the chat and thus is more likely to be noticed and acknowledged by the creator.

It’s worth noting that these are one-time purchases, requiring the viewer to pay for a new Super Chat message each time they want to send one.

The Super Chat feature was introduced in early 2017 and since then YouTube have noticed its growing popularity among its viewers. Subsequently, YouTube began generating ideas on how to improve on its existing Super Chat system.

Super Stickers are YouTube’s latest additions to live chats, an idea that was implemented after they were inspired by the immense success of the sticker system within the Chinese streaming market.

In China, video creators can be supported by viewers through stickers, which are visual indicators of the money donated from the viewer to the user. It is a system where during a live video, viewers can donate money to the video creator through exchanging the money for a sticker, which will appear in chat for everyone to see.

Creators can then easily identify the amount of money people have donated and can thus appropriately prioritise the messages according to the value being donated. Different stickers can be purchased for different amounts, which affects prioritisation on the side of the creator.

YouTube have recently introduced the world to their 8 Super Stickers, 5 of which are gifs, the others are still images, each of which has a fun bio that gives a sort of backstory behind each easily recognisable character.

They have been also introduced with several languages with the aim of enabling more people across language barriers to communicate with their favourite creators in a fun way.

This is an interesting development for the YouTube streaming department, and we have yet to see how it has been accepted as it is not widely used as of yet.

We Hope To Hear From You

If your business is in the YouTube market, we hope that you find this update to be a fun, useful way of connecting with your viewers and collecting donations.

Additionally, we hope that you have found this article to be beneficial and if you would like to learn more about growing your business online and how to optimise the way in which you interact with online marketing tools, then feel free to contact us.

Our team at Realnet would be more than happy to answer any of your digital marketing questions.