Grow Your Business In a Time Of Crisis

Don't just survive| but thrive in a time of economic recession via a thorough & balanced strategy... 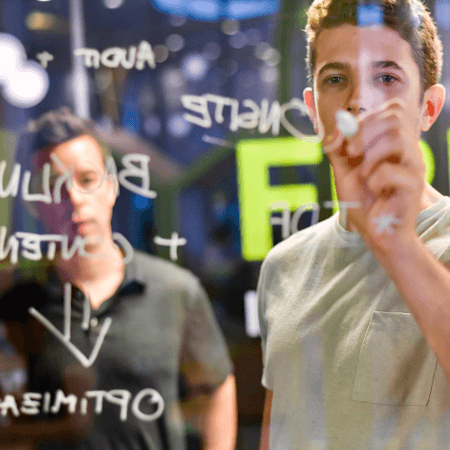 Don't just survive, but thrive in a time of economic recession through a robust, well-planned and balanced strategy for growth.

Keeping the doors open and the lights on in a time of crisis, and particularly when the impact of the crisis is felt most severely in the economy, is a serious challenge business owners face.

Shrinking revenues and fewer opportunities to generate income from new clients and customers impacts on internal budgets, which in turn can mean less spent on marketing and advertising.

But there is a light at the ends of the tunnel - there are many examples of businesses that were wither established in or just before an economic recession, or took steps successfully to emerge from a recession stronger and better-placed than they were prior to the economic downturn.

A snapshot of companies that weathered various storms includes:

EA's founder Trip Hawkins took the unprecedented step of leaving Apple - who were on the rise and well-placed to survive any economic downturn - to found a software company in the middle of the 1981-1982 recession.

Hawkins knew that the computer industry would reach huge penetration not only in the business context, but also increasingly in domestic use, and wanted to be ideally placed to capitalise on this growth.

40 years later, his company employs 10,000 people and turns over $5-billion in annual revenue.

Launched in 1975 in the tail end of a 16-month recession during which Americas GDP was at its worst in 20 years, Bill Gates and Paul Allen forged ahead to build one of the most successful computer software businesses ever.

Within a decade of launching, Microsoft went public, with its listing producing 3 billionaires and 12,000 millionaires in the process.

Both companies launched right at the start of major economic downturns (1998 & 2004 respectively), and both were launching untried, untested business concepts into a global market that was sceptical, to say the least.

The rest is, however, history as they say, with these two tech giants posting revenues in excess of $50-billion last year… So what are the characteristics that define these companies? What is it that made them successful when many other companies went belly up?

A Harvard Business Review study conducted in 2010 after the Great Recession of 2010, published some interesting findings after analysing not only how many companies thrived once the market recovered, but what the common approaches were that allowed them to do so.

Some of the key takeaways taken directly from the study results include:

The study reveals the following guidance for business leaders:

These are never easy decisions to make, and business leaders will need all the guidance and help they can get to remain innovative, progressive and build sustainable growth as the situation improves.

Marketing forms a major part of any growth strategy, and digital marketing is an integral part of the overall picture.

For guidance, advice and help on building your digital marketing strategy to help you generate new leads, sales and audience growth, contact our friendly staff today or email info@realnet.co.uk to find out more.