Should your site be using a multi-image carousel? We weigh up the reasons we think not... 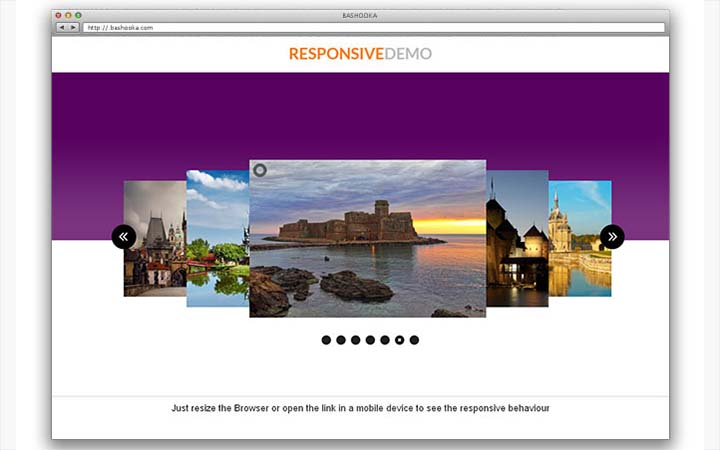 Until fairly recently, there has been a school of thought, or in fact what fast became a design best practice to use a multi-image carousel in prime position on website homepages.

The rationale is sound – select good images, overlay text that highlights special offers, Unique Selling Points, confidence-building straplines, and use the variety to sell a number of different aspects of your business.

But in practice, these carousel sliders are now believed to have a negative impact in three specific ways: User Experience (UX), SEO and Real Estate dominance.

The UX question: an overwhelming argument against carousels

The aim of the experiment was to determine whether a range of enticing images and messages encouraged a greater CTR overall, and then specifically they wanted to understand which image (in terms of position) was the most effective.

The results were surpringly polarised –  overall, the results showed that just 1% of clicks on their test site were on carousel images overall, and that an overwhelming 84% of clicks were on the first slide.

In unpacking these results, conversion analysts and specialists cited the following reasons they believe the carousel delivered so poorly:

The SEO question: it’s not good news for carousels

Good SEO is vital to ensure solid rankings in SERPs. Site code and functionality must be spot on to allow Google to crawl sites effectively, and rank them accordingly.

Carousel are known to have a profoundly negative impact on Google’s ability to crawl a site. Specifically, they:

The Real Estate question: too much space wasted on ineffective functionality

Space on websites (and particularly mobile sites) is at a premium. Every pixel counts, and home pages need to engage visitors as quickly as possible to encourage interaction and goal funnelling.

Conversionista, a company in Sweden specialising in conversion and goal-efficiency conducted a test that included an eye-tracker, and found that a static image held the eye 38% more often (40% of the time compared to 2% when the image was part of a carousel).

Adobe Optimization Manager Blair Keen took that test one step further, and instead of replacing the slider with a static image, he simply removed the slider entirely, simply raising all of the contents below it into a more visible space on the page. He tested this against the version that had the slider and found that the version without resulted in a 23% increase in sales.

So what is current best practice?

Using strong visuals on your home page can still be an incredibly effective way of immediately engaging a visitor and conveying the all-important message about what your business does.

You may also want to use images to promote specific things – a special offer, a unique service, a great piece of PR/news.

How best to achieve this?

For a free assessment of your website’s structure and visual appeal, contact Realnet today.